Greater Elkhart Chamber of Commerce website can be found below:

Elkhart, Indiana is located 15 miles east of South Bend, Indiana, 110 miles east of Chicago, Illinois, and 150 miles north of Indianapolis, Indiana. Elkhart has the larger population of the two principal cities of the Elkhart-Goshen Metropolitan Statistical Area, which in turn is part of the South Bend-Elkhart-Mishawaka Combined Statistical Area, in a region commonly known as Michiana. The population was 50,949 at the 2010 census. Despite the shared name and being the most populous city in the county, it is not the county seat of Elkhart County; that position is held by the city of Goshen, located about 10 miles southeast of Elkhart.

Elkhart is located on the Indiana Toll Road (Interstates 80/90) at exits 92 and 96 and on the eastern portion of the St. Joseph Valley Parkway (U.S. Route 20) which by-passes the southern side of the city. State Road 19 runs through the city while U.S. Route 33 and State Road 120 terminate in the city. U.S. 33 used to run through the city and that route was part of the original Lincoln Highway.

Amtrak, the national passenger rail system, services the Elkhart Train Station. Two routes, the Capitol Limited and Lake Shore Limited, stop at the station, along the former New York Central Railroad line. The Capitol Limited connects Chicago to Washington, DC and the Lake Shore Limited connects Chicago to New York City and Boston. Both lines connect to their eastern destinations via Cleveland with one train offered for each direction on each route daily.

Elkhart Municipal Airport (EKM) is located on the city's northwest side. No commercial flights are offered but two charter flight services operate out of the airport. South Bend International Airport (SBN) is the closest airport with commercial airline service.

Elkhart is a central hub for the Interurban Trolley regional public bus service, which stops at various destinations throughout the city and connects to neighboring Goshen, Osceola, Dunlap, and Mishawaka. It was originally known as the BUS system. The system’s name is derived from its use of vintage-trolley buses that run between several different cities and towns, evoking the interurban train networks that were common in the United States during the first half of the 20th century. The Interurban Trolley operates each day, except Sundays or major holidays.

Connections to Other Transit Systems

In 1884, the Bucklen Opera House opened its doors for the first time, with a seating capacity of 1200. It was common for one performance to take place every week. Elkhart's location on the railroad made it a good stopping point for shows traveling from New York to Chicago. In 1896, the first movie was shown in the theater, which was also used as Elkhart High School's auditorium until 1924. The Bucklen was demolished in 1986. 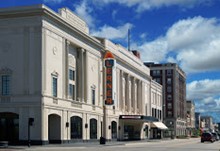 The Lerner Theatre, formerly the ELCO Performing Arts Center, is a small theater located downtown. After being built in 1924 and undergoing two name changes, it became the ELCO in 1934. Ownership switched hands several times, but the end of the Lerner appeared to be in sight when owner William Miller died in 1987. In 1990, the city bought the theater to prevent further deterioration due to vacancy. Also, that year, a commission was formed by some locals to oversee restoration. Funding issues led the city to get involved further in the form of getting a federal grant. The grant helped with major upgrades and the hiring of full-time staff.

The ELCO was renamed The Lerner when it reopened after an $18 million renovation and expansion in June 2011. It is now used for a wide range of concerts, special events, and local productions.

There are many different museums located in the city.

Here’s what you can expect when you arrive!

A ‘Modified Visitation Plan’ emphasizes the health and safety of guests, volunteers, and staff while allowing for enjoyment of the grounds, including Wellfield’s NEWEST themed garden space – – the Japanese-inspired ISLAND GARDEN – – Now open to the public!

Wellfield’s spacious 36 acres, wide pathways, and stunning landscapes are an ideal environment for “social distancing” between families and friends. While the guest entry experience may look and feel a little different, Wellfield is more gorgeous than ever! After parking, approach the Visitors Cottage. You will be greeted by friendly staff and volunteers wearing face coverings. They will invite you inside. More information on the website below.

Save money on your stay in Elkhart!

Find the biggest discounts for top-rated Airbnb rentals at the website below. 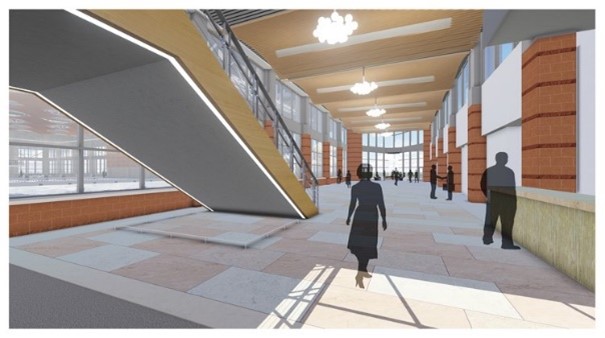 Hearty meals of fried chicken and slow-roasted beef with all the trimmings. Homemade noodles and fresh-baked pies. This belt-loosening fare can be found at welcoming diners and popular family-style restaurants where steaming platters and bowls of food are passed around the table. And then there are the cozy cafes, eclectic downtown eateries, and locally-owned restaurants all popular for delicious signature fare and friendly service. It’s all a part of the incredibly diverse menu along the Heritage Trail. See website below.